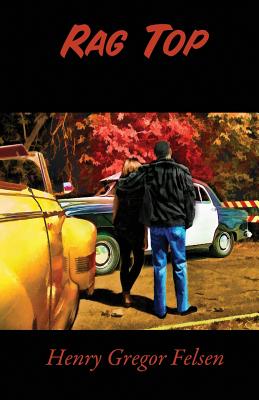 Link Aller was a rebel and an outcast. The people of Dellville blamed him for what had happened to Ricky Madison.Virgil Kern, Dellville's new cop, had nothing but comtempt for Link, and had no problem roughing him up.Link knew how to get back at Kern, a plan that included Kern's 16 year old daughter, Darlene. VanZuuk watched with an amused expression on his broad, shiny face as the yellow convertible rolled down the street well within the speed limit. A block away, the driver spotted the police cap as Arnie knew he would. A moment later the mellow tone of the mufflers was swallowed up by an angry, earsplitting roar as the yellow car shot ahead with tires screeching, leaving black marks on the pavement. As the car tore past the police car, the driver turned his head and gave the two policemen a bold, defiant stare. Felsen captured the mood, the feel and the tempo of American adolescence during the fifties better than any other writer. His novels may seem naïve to us now, but those were naïve times. Felsen was the fifties. For that reason alone, his books are worth remembering.  Jim Morton Popvoid.blogstot.com
Reviews from Goodreads.com