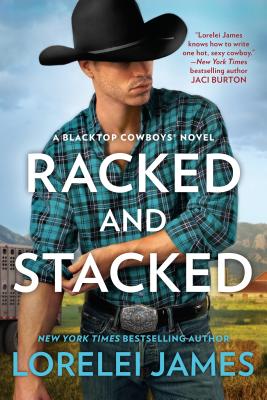 
Opposites don't just attract in the West--they sizzle--and Wyoming has never been hotter than in the latest sexy Blacktop Cowboys(R) novel.

Growing up with three older brothers, Larissa "Riss" Thorpe defines the term tomboy--a moniker that never mattered to her until she crossed paths with sexy cowboy player Ike Palmer. Seeing him in action on the road, Riss can tell that Ike prefers his women soft-spoken and feminine. And since Riss is obviously not his type, it's unlikely that they'll mix business and pleasure when they're in close quarters together.

Former cattle broker Ike Palmer was ready for a new chapter in his life as a stock contractor when he started working with Riss, a sassy truck driver who gets under his skin at every turn. But Riss is unlike any woman he's ever met and her candor inflames him in the most unexpected ways.

After circumstances force a truce between them, Riss and Ike will have to choose to maintain the stubbornness that keeps them apart or take a chance on the fiery attraction that could lead to something more...