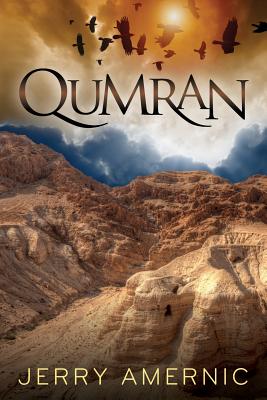 Share:
David Marr, archaeologist and world authority on the Romans, has spent his life studying the Holy Land with all its violence and unrest that go back to the time of the scriptures. While teaching in Jerusalem, he makes the most dramatic discovery of his life just off the shore of the Dead Sea near the site of the ancient monastic settlement at Qumran. It is something that could have huge repercussions with the potential to turn the world on its side. David first whet his appetite as a student when he played a crucial role in the 1947 discovery of the Dead Sea Scrolls. His later adventures with the Holy Grail and Holy Shroud brought him to the forefront of the maelstrom that develops whenever science confronts religion. The backdrop to these experiences was always war - Israel's War of Independence in 1948, the Six Day War in 1967, the Yom Kippur war in 1973. Throughout it all, he has carved a career of widespread renown, but has seen so much evidence of man's brutality to man that he is spiritually disillusioned. As he begins to unearth clues about what he has found, he and those closest to him - his Jewish-American wife Gita, the brilliant Egyptian pathologist Jamil Hassad, and his Israeli research assistant Robbie Schueftan - all find themselves in danger. Now David the scientist, whose life has always been ruled by logic and reason, isn't certain about anything and he won't rest until he finds the truth.