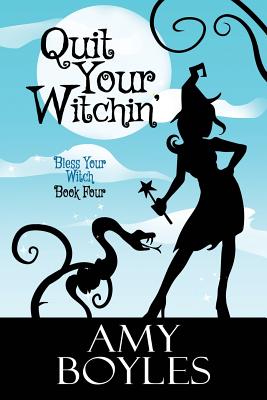 There's a murderer on the loose again… Dylan Apel just can't stay away from murder. When a body turns up in the school gymnasium, everyone's on high alert. The search is on to discover the person's identity—is it a random hobo or someone connected to the witching world? With Dylan's super hot boyfriend Roman Bane on the case, this should be an easy one to solve, right? But when a new witch arrives with the intention of stealing Roman right out from under Dylan's nose, her world is sent topsy-turvy. Things only get worse when Dylan's family is attacked—whoever is committing murder isn't stopping at hiding a body in a gym—someone wants Dylan dead. Dylan must solve a murder, protect her family and keep the new witch's claws from sinking into Roman—all while running a successful dress shop and staying sane. Will Dylan figure out the killer before she becomes the next victim?
Reviews from Goodreads.com