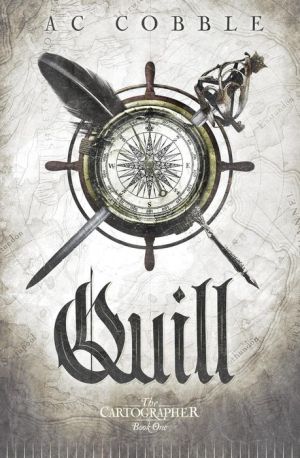 Share:
The fate of empire is to crumble from within.A heinous murder in a small village reveals a terrible truth. Sorcery, once thought dead in Enhover, is not. Evidence of an occult ritual and human sacrifice proves that dark power has been called upon again. Twisting threads of clues lead across the known world to the end of a vast empire, and then, the trail returns home.Duke Oliver Wellesley, son of the king, cartographer, and adventurer, has better things to do than investigate a murder in a sleepy fishing hamlet. For Crown and Company, though, he goes where he’s told. As the investigation leads to deeper and darker places, he’ll be forced to confront the horrific spectres rising from the shadows of his past. When faced with the truth, will he sacrifice what is necessary to survive?Samantha serves a Church that claims to no longer need her skills. She’s apprenticed to a priest-assassin that no one knows. Driven by a mad prophecy, her mentor has prepared her for a battle with ultimate darkness, except, sorcery is dead. When all is at stake, can she call upon an arcane craft the rest of the world has forgotten?AC Cobble, the author of the fan-favorite Benjamin Ashwood series, crafts worlds of stunning-depth and breath-taking adventure. In Quill: The Cartographer Book 1, a pair of unlikely investigators walk a deadly path into the past, uncovering secrets best left alone.The fate of empire is to crumble from within. Do not ask when, ask who.