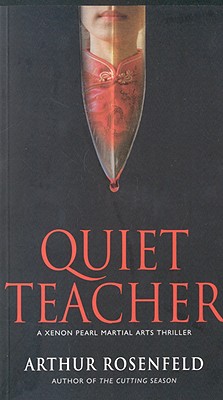 Share:
For the six months following his fiery showdown with South Florida's Russian mob boss, celebrated neurosurgeon and secret vigilante Dr. Xenon Pearl has kept his avenging sword sheathed and his dark secret hidden. Suspended from surgical work by a boss who won't tolerate his loner style, "Zee" spends his nights pining for the wisdom of his dead teacher, and his days caring for his crippled girlfriend, victim of a horrific attack.

When a multi-car accident occurs on the road in front of him, he finds himself with a scalpel in hand once more. With a renewed sense of purpose, he sets out to find out more about the teachings that made him what he is by seeking a new teacher. The journey brings him face-to-face with secrets of his childhood, lessons learned from lives already lived, and a grand wizard of a man whose clandestine biological research into animal venoms may be the key not only to his own redemption, but to winning back the lover who has spurned him.

As the story unfolds, deception, revenge, hidden passions and burning hatred conspire to turn Zee's world upside down. Rarely has the worldview of the martial artist been more deeply plumbed than in this novel of suspense, action, romance, and betrayal, and rarely have more high-level, real-life martial arts secrets been revealed. Quiet Teacher brings a new recurring character into the Xenon Pearl series, the man who will be the Moriarty to Zee's Holmes, and explores the meaning of love and the power of guilt in the page-turning fashion devotees of the sword-wielding brain surgeon have come to expect.