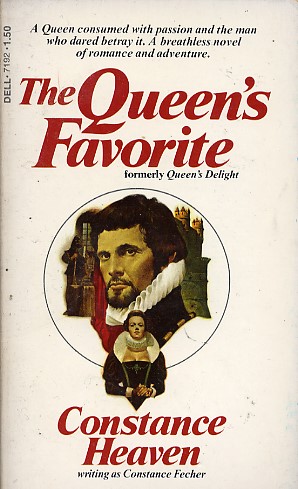 Elizabeth of England was the most powerful ruler of a dazzling age -- but Elizabeth was also a woman, with a woman's needs, a woman's weaknesses and a woman's capacity to both love and hate.

When Sir Walter Ralegh became her favorite, the royal court watched in hushed anticipation of the storm about to break. For though Ralegh was young, dashing, handsome and brilliant, he was fiercely ambitious and stubbornly proud as well, and his scandalous relationship with the Queen's own Maid of Honour was obvious to all but the Queen herself.

Here is the spellbinding saga of Elizabeth and Ralegh--one of history's most turbulent and tragic passions, and one of the most terrible vengeances a woman ever took....