Quadruplets on the Doorstep — Tina Leonard 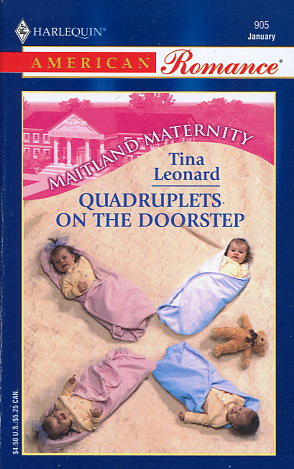 Caleb McCallum has long been one of Texas's most elusive bachelors and everyone is wondering if the abandoned quadruplets left at Maitland Maternity Hospital are behind his sudden case of marriage fever. Is it mere coincidence that Caleb's lovely new bride, April Sullivan, wanted to raise the precious babies as her own, but her chances at adoption were slim -- until she tied the knot with the handsome ex-cop? Rumor has it that this union may be based on a practical arrangement, but there is no telling what spending night after night together will do to this instant couple....