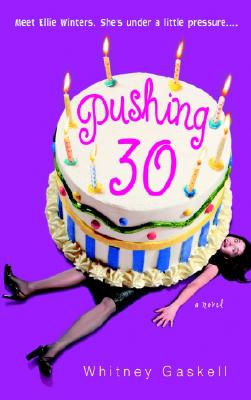 Share:
" The one thing you should know about me is this: I' m the consummate Good Girl. . ."

Ellie Winters is dependable and loyal and has a near-phobic aversion to conflict. But as her thirtieth birthday looms ever closer, she starts to feel like she' s lost the instruction manual to her life. She has just broken up with her boring boyfriend, despises her job, and is the last of her high school friends to remain single. Worse, her dysfunctional family is driving her nuts, and she' s somehow become enslaved to her demanding pet pug Sally, who she suspects is the reincarnation of Pol Pot.

One night, after a botched attempt to color her hair at home, Ellie rushes to the drugstore for emergency bleach, Sally in tow. Sally is accosted by a smitten canine admirer . . . but it' s the dog' s owner who captures Ellie' s attention. Television news anchor Ted Langston is witty, intriguing, and sexy. The only catch? He' s twice her age--and the only man on the planet who isn' t interested in dating a younger woman. And no one, from Ellie' s best friends to Ted' s ex-wife, wants to see them get together.