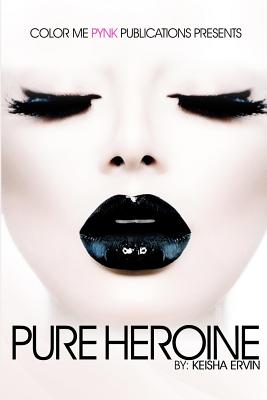 Who wants a perfect love story anyway? The last time we saw Black and Meesa, they left St. Louis and built a new life in New York. Ten years later, they have it all or at least that’s what everyone believes. Black and Meesa have a secret - their marriage is falling apart. Meesa is doing everything she can to save it but some things aren’t always mendable. Then there's Kelly. Kelly puts her career before everything and it’s not because she wants to. Her man, Jaden, isn’t dependable so Kelly does what she has to do to keep a roof over her and her son's head. But temptation is on the horizon... Will Kelly give in? And what about Gwyn? Gwyn is a no nonsense kind of chick that cherishes her freedom. She comes and goes as she pleases but an old flame reenters the picture and threatens to expose past demons that Gwyn is determined to keep hidden. But once the door is opened, skeletons seem to tumble out. National Best Selling Author Keisha Ervin returns with the long awaited sequel to her critically acclaimed 1st novel, Me and My Boyfriend. Fast forward a few years, and look into the lives of your favorite characters with Pure Heroine, which will have you on the edge of your seat until the very end.