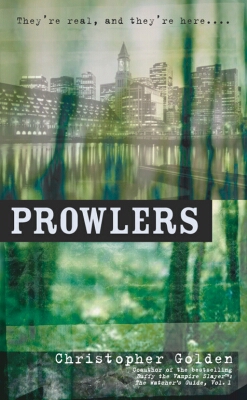 Share:
LONG HAVE THE PACKS LACKED A GREAT LEADER. SCATTERED FAR AND WIDE, THEY HAVE HUNTED AS BEST THEY COULD IN THE HARD LANDS, IN PLACES WHERE THEIR PREDATIONS COULD BE PASSED OFF AS THE WORK OF TRUE WOLVES. INSTEAD OF PROWLERS When nineteen-year-old Jack Dwyer's best friend Artie is murdered, he is devastated. But his world is truly turned upside down when Artie emerges from the Ghostlands to bring him a warning. With his dead friend's guidance and the help of the one person who doesn't think he's insane, Jack learns of the existence of the Prowlers. Under bold new leader Owen Tanzer, the Prowlers, already eight packs strong, have united. They move from city to city, preying on humans until they are close to being exposed, then they move on. And unlike werewolves of legend, they aren't human beings whom the moon transforms into wolves...they are savage beasts masquerading as humans. Jack wants revenge. But even as he hunts the Prowlers, he marks himself -- and all of his loved ones -- as prey.