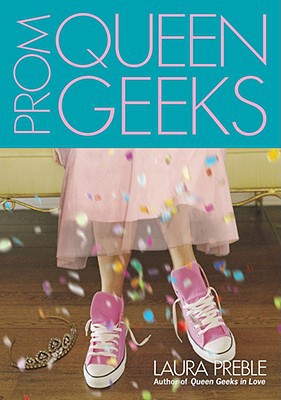 
The Queen Geeks take on the prom queens in the third of the Queen Geek novels, hailed as "thoroughly enjoyable." (Kliatt)

The Queen Geek Social Club includes a first generation geek, a tattooed misfit, a goth poetess, a mathlete, and an exchange student. And together they're so out, they're almost in

It's prom season, and Green Pines High is split between those who can afford the tickets and those who can't. So the Queen Geeks plan a low-cost Geek Prom. It'll be loads of work, especially when the popular kids do everything they can to stop it.

Friendships will be tested and boyfriends jilted. But when they expand the Geek Prom, hoping to make this the biggest prom on record, the girls will realize they're fighting for geeks everywhere.