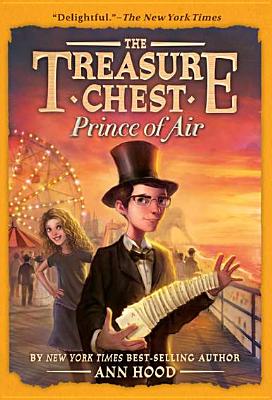 The secrets of Elm Medona thicken . . . with Harry Houdini!

When Great-Uncle Thorne arrives at Elm Medona, Maisie and Felix's lives get shaken up again. Uncle Thorne moves the family into the mansion proper. One night, Great-Aunt Maisie arranges for Thorne, Maisie, and Felix to rendezvous with her in The Treasure Chest. Minutes later, Maisie and Felix find themselves at a magic show on Coney Island in 1893 starring Harry Houdini. As they follow him and his brother Dash to Pennsylvania and Rhode Island and back to New York City, they wonder what has become of Great-Aunt Maisie and Great-Uncle Thorne. Then one evening at Tom Pastor's Famous 14th Street Theater, the curtain opens and all is revealed.
Reviews from Goodreads.com