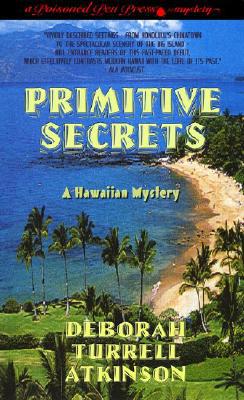 Share:
When Storm Kayama walks into her lucrative Honolulu law firm one morning, she's shocked--and grieved--to find her adopted uncle at his desk, stiff and cold. Years before, Miles Hamasaki had fulfilled a promise to Storm's father and brought her to be raised with his own family. But, as questions surround Miles' death and her adopted family begins to close ranks, Storm suspects that he has been murdered.

Heading to the Big Island for a weekend escape from escalating pressures, she narrowly escapes a terrible accident. Storm takes refuge in the home of her Aunt Maile, a traditional Hawaiian healer, and Uncle Keone, a paniolo on the huge Parker Ranch. There she encounters a legend from her youth and a family totem, or 'aumakua, which Aunt Maile promises will protect her. As Storm struggles to heal her own childhood wounds and bring justice to Hamasaki's killer, she also comes to grip with the rifts in her own life and culture.