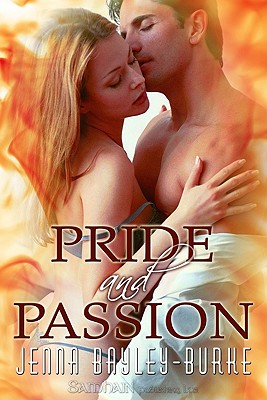 He'll let her have control…until he's ready to make his move.

The only things Lily Harris inherits after her father's untimely death are debt, scandal and loneliness. She doesn't protest when her father's business partner, Jake Tolliver, steps up to help with the mess she finds herself in -- until Jake reveals the last promise he made to her father.

Jake may be as compelling to look at as a marble statue -- and stir a frighteningly powerful desire within her -- but no way will Lily agree to be his socially acceptable bride while he continues to bed his string of beautiful women -- not without getting him to agree to a deal of her own first.

With a well-earned reputation as a feral hunter who goes after what he wants, Jake has his sights set on Lily, and her lack of options puts her right where he's wanted her from the first moment he laid eyes on her.

Jake's not above making Lily think she's having it her way if that's what it'll take to have his way in the end. But once he grows tired of playing beast to her beauty, he's not above changing the rules of the game until they're both playing for the same prize.

Warning: This title contains a hero used to getting what he wants, a heroine determined not to give in to him, some indecent proposals, a fair amount of pride, and enough passion to burn up everyone's control.
Reviews from Goodreads.com