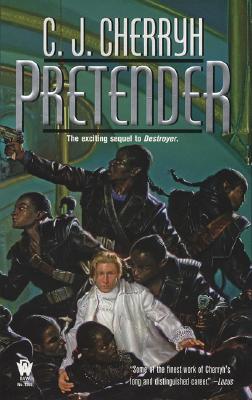 Exhausted from a two-year rescue mission in space, the crew of the starship Phoenix return home to find disaster: civil war has broken out, the powerful Western Association has been overthrown, and Tabini-aiji, its forceful leader, is missing and may be dead.

Ancient, but still brilliant and forceful, Illisidi seeks refuge at the estate of an old ally. As Ilisidi's and Bren's bodyguards struggle to update the manor's antiquated defense systems, Tabini-aiji arrives at the door.

As word of Tabini's whereabouts circulates, clans allied with Tabini descend upon the estate, providing a huge civilian presence that everyone involved hopes will deter impending attack by the usurpers.

But as more and more supporting clans arrive, Bren finds himself increasingly isolated, and it becomes clear that both his extremely important report of alien contact in space, and even his life, rest on the shoulders of only two allies: Ilisidi and Cajeiri.

Can one elderly ateva and an eight-year-old boy--himself a prime target for assassination--protect Bren, a lone human involved in a civil war that most atevi believe he caused?