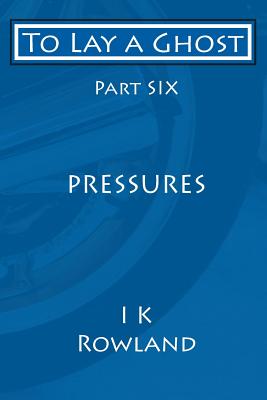 
Stephen takes on a new assignment from Craig, which entails him meeting his agent Quentin and the ultimate client's representative, Hugo Gordon Cox. It rapidly becomes clear that something unwelcome is occurring behind the scenes. A further meeting is held at Stephen's home, which is also attended by a senior director of Craig's parent company. David is called to a meeting at his building society's area headquarters. There he is accused of being a party to the fraud which he has discovered. Stephen intervenes and challenges David's accusers. He delivers an ultimatum after which he and David leave the meeting to await the arrival of their solicitor friend, Paul Sloan. The principal accuser is excluded from the resumed meeting, after which matters proceed much more positively. Some weeks later David is called to a second meeting at the headquarters, the outcome of which seems to satisfy David. He is less pleased when the society informs him he cannot go on an already approved vacation. Once again Stephen intervenes and informs Quentin. David does accompany the other seven friends on a cruise arranged by Chaz. Stephen's prowess as a pianist is called on during the cruise whilst Chaz's mechanical expertise rescues a stranded excursion bus. Back in England David's branch receives a very interesting personnel circular from the London head office. He also receives a personal telephone call concerning his own position. There is a joyful celebration that same evening. Stephen receives two letters, one from the agents handling his parental home, the other from Edenden's vicar, Father Treadman. As a result Stephen accompanies Rusty on a business trip to Edenden and, while there, resolves a distressing dilemma concerning future accommodation for Father and Mrs Treadman. Stephen once again chauffeurs David to the building society's area head office for yet another meeting. This is nowhere near so long as the two previous occasions and it is a very joyous David who emerges with some very interesting news indeed.