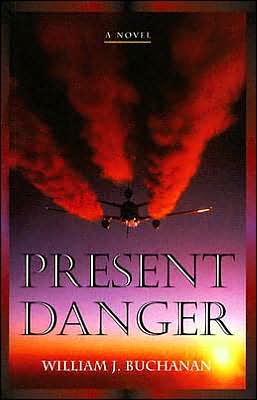 America’s hottest pilot is taking the Air Force’s new top-secret spy plane on a final test flight. One moonlit night, plane and pilot mysteriously crash in the South Pacific. At stake: a mission that could change the course of world warfare, the outcome of a presidential election, and the honor of the Air Force.
The crash reportedly happened "for reasons unknown." But General Lou Burnside, a hard-boiled career officer, refuses to be diverted from a search for the truth. Soon Burnside is leading an investigation, assisted by a colleague he met during the Korean War. Despite warnings from the spy plane project director, Burnside’s team risk their lives to discover the real reason for the crash. At the heart of the intrigue are the pilot’s widow and her father, a retired scientist whose air of serenity barely masks his knowledge of a sinister secret.
From the air bases of the Pacific to the military bases of the Southwest to the power bases of Washington, Present Danger combines plausibility with a relentless pace. Fans of Bill Buchanan will be delighted to have his first novel, based on an actual incident, back in print.
Reviews from Goodreads.com