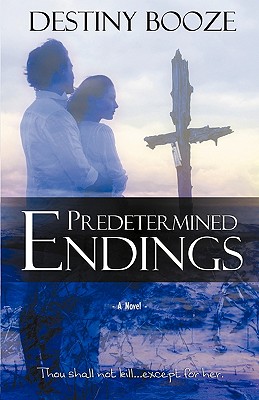 Angelica Chappell's story made huge headlines. Only a few months ago, she released a new pharmaceutical drug called Krytonix that effectively slows the spread of cancer cells. She had no idea her story would attract the attention of a serial killer. Suddenly, she is a target whether she realizes it or not. This killer is interested in more than her life. He wants her reputation, too. His first mission is to sabotage Krytonix.
William Pierce worked undercover for the FBI for five years to bring down a ruthless mobster that he ultimately is forced to kill. Two months have passed by since that assignment. Still, William saw things he can't talk about. He did things he can't talk about. He believes his soul is damned. Returning to "normal" everyday life isn't an option. He isn't the same man he used to be. He refuses to return to FBI headquarters, and instead, becomes a rogue agent with an agenda.
When Pierce's agenda leads him to Chappell, it will take both of them to keep Angelica alive and figure out who is after her. William soon finds himself developing feelings for Angelica. Too bad for her killer, William worked as a trained hit-man for the mob. Will he find her killer and hand him over to the legal system to see that justice is served, or will he search and destroy?
About the Author: Destiny Booze
Destiny Booze grew up at a campground in Virginia where her childhood was full of hard work. There was also an element of excitement as she met a large variety of diverse people with widespread tales about fun and adventure. She grew into a young lady with a very active imagination.
Her writing career began as a community journalist, yet creative writing was always her passion. Altered Beginnings is her debut novel as a romantic suspense novelist.
She resides in Virginia with her husband, son and house full of pets. To learn more about the author or to find correspondence details, visit her website at www.destinybooze.com.
"Make-believe is more than a child's game "
Reviews from Goodreads.com