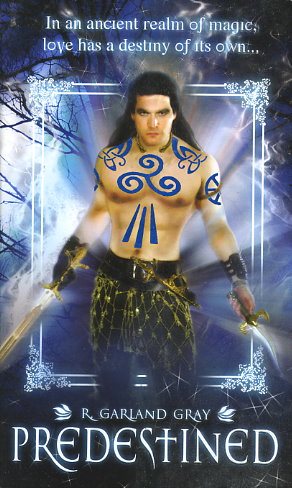 
IN AN ANCIENT REALM OF MAGIC, LOVE HAS A DESTINY OF ITS OWN...
Abandoned at birth on the shores of a sacred loch, Bryna never knew her family or true heritage. She exists as a slave in the fortress of a Roman invader, her only friend an ancient, blind Druidess, Derina. Her life is bleak and without hope. And then Derina tells her she must rescue the prisoner in the dungeon.

Tynan lies naked, chained to a cold, stone slab, both body and mind tortured by the Sorcerer, evil ally of the Roman lord. The Sorcerer's purpose? To discover if this one, at last, might by the Dark Chieftain, the fulfiller of prophecy.

Even deeper in the dungeon, trapped by magical enchantment, are the faeries. They await their liberator, the one who has been prophesied.

And the Dark Chieftain awaits a destiny of his own .. . mating with the territorial goddess . . . a union that will set the land, and many lives, aright.

First, however, he must gain his freedom and find her.

And Bryna is on her way to the dungeon ...