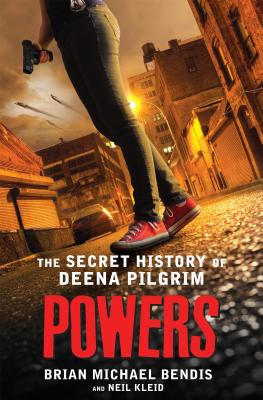 Ever since she could walk, Homicide Detective Deena Pilgrim followed in her father's footsteps. A man with a badge, Waldo Pilgrim surrounded himself with what Deena believed to be the cream of the crop when it came to serving and protecting. These days, Deena won't discuss her father or the life she left behind in Atlanta years ago, a life before she partnered with Christian Walker to investigate homicide cases in a city where perps and victims boast incredible, dangerous powers. Now, nearly a decade of bringing Powers to justice has broken down Deena's resolve, along with the walls she erected long ago to protect herself from prying eyes. Walls that kept her from a past best left alone, and from those determined to get close and bring horrible, heartbreaking memories to the surface once more.

But when a cold case reopens a series of unsolved murders that point back to Deena's family tree, she is unavoidably reacquainted with a former boyfriend with ties to both sets of killings, along with her sordid past. Forced to question the choices, decisions, and steps she's taken in life, love, and career---including her long-standing partnership with Walker, a former Power whose secret history intersects with Deena's own---Detective Deena Pilgrim must bring a killer to justice and, in doing so, hopefully come to terms with the kind of cop she wants to be . . . assuming that she wants to continue being a cop at all.

Written by Powers cocreator Brian Michael Bendis and novelist Neil Kleid, The Secret History of Deena Pilgrim is the first-ever prose story set in the world of the award-winning, critically acclaimed comic book series by Bendis and artist Michael Avon Oeming. Powers tells the stories of human police officers attempting to solve crimes in a world inhabited by superheroes and supervillains. In January 2015, the Playstation Network debuted it as its first-ever hour-long scripted programming, featuring characters and plots from the comic book series.
Reviews from Goodreads.com