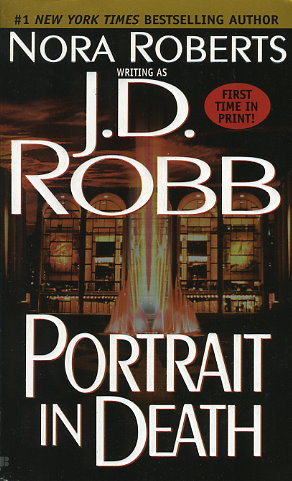 Share:
'She was still three feet away when she'd smelled it. She'd walked with death too many times to mistake it.'

After a tip from a reporter, Eve Dallas finds the body of a young woman in a Delancey Street dumpster. Just hours before, the news station had mysteriously received a portfolio of professional portraits of the woman. The photos seemed to be nothing out of the ordinary for any pretty young woman starting a modeling career. Except that she wasn't a model. And that these photos were taken after she had been murdered.

Now Dallas is on the trail of a killer who's a perfectionist and an artist. He carefully observes and records his victim's every move. And he has a mission: to own every beautiful young woman's innocence, to capture her youth and vitality - in one fateful shot...

Lieutenant Eve Dallas faces a serial killer who offers his victims eternal youth by taking their life... She counts on her husband's help to crack the case, but he's just learned a devastating truth about his past.