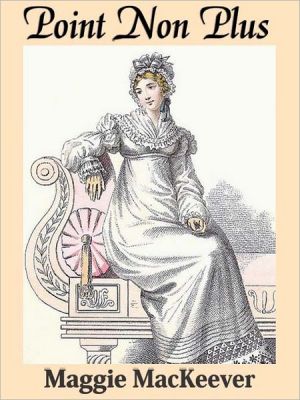 Share:
At seventeen, Zoe Loversall was the toast of London, with so many admirers that they were known as 'Zoe's Zoo'. At seven-and-twenty, she is a runaway Contessa, determined to experience everything life has thus far withheld.

Zoe returns to London, determined to seek her ruin and her revenge. There she sets her sights on Lord Quinton, a man notorious for the women he has bedded, the men he has killed in duels, the amount of liquor he consumes, the fortune he is doing his best to gamble away.

Lord Quinton is bored beyond bearing by females wishful to be rid of their virtue, and so he informs Zoe.

Zoe, however, is not so easily convinced.

She dimpled at him. “Hello. I’m the Contessa— Ah, Prudence Loversall. That is, I am calling myself Prudence because I spent ten miserable years being prudent and chaste. Cousin Wilhelmina says if I have the sense of a gnat I’ll avoid you like the plague.”

“You should listen to your cousin,” Quin replied.

“Just because a person is older — and Cousin Wilhelmina is much older! — doesn’t mean she has a better understanding.” Boldly, Prudence — or, not-Prudence — clutched his arm. Though normally he would have, Quin did not shake her off, his responses rendered sluggish by ingestion of a large amount of that beverage commonly known as Strip-Me-Naked or Blue Ruin. Too, he was bemused by the notion of a prudent, chaste Loversall.

He was additionally distracted by the notion of Mina Loversall grown old.

“So you are the Black Baron!” his captor continued. “It is Fate that I should meet you now, when I have decided I must broaden my understanding of the world. I am seven-and-twenty, you see, and have not yet done anything depraved.”

Quin raised his glass, and drank. Females frequently vied for his favors. He was amazed (if he could still be amazed) that so many were as bent on their destruction as he was himself.

This female was still talking. “I am a married woman, so I am not entirely without experience. Such as it was! A wife is not supposed to have cravings, I credit. I was vastly disappointed — but that is beside the point. You are a man who understands affaires de coeur, and grand passions, and worlds well lost for love.”

If Mina Moxley was banked fires, her cousin was a pile of kindling in search of a match. Lord Quinton had no desire to burn his fingers. “No,” he said.

She tilted her head. “Whyever not?”

Quin was getting a headache. He really should refrain from combining burgundy with gin. “I prefer rigidly virtuous young women who are ripe to be debauched.”

Her blue eyes widened. “Are you truly so wicked?”

The young married woman he had seduced on a wager, who rather than face her cuckolded husband had hanged herself.

He had won that wager. Others, he had lost. They all ran together in a blur of endless days and nights fuelled by opium and alcohol.

Quin said, with rare sincerity, “I am.”