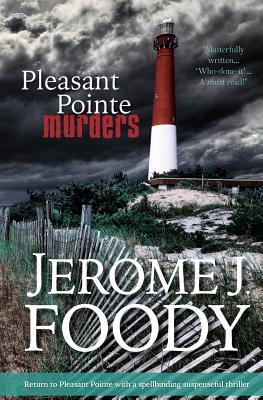 Share:
In "Pleasant Pointe Murders" Mark Hunter's close friends and business partners, John and Elizabeth Carter mysteriously disappear from the South Carolina Coastal town of Pleasant Pointe after meeting with their CFO and business manager, Dennis Ewing. In that meeting, the Carters confront Ewing with embezzling millions of dollars from their accounts and other investors in the Sea Pine Cove Project. Mark Hunter believes that Dennis Ewing has murdered the Carters and sets out to prove it. Hunter discovers that earlier in the day that Ewing was to meet with the Carters, Ewing purchased 3 paint drop cloths, latex gloves and a shovel at a local hardware store. As the evidence piles up against Dennis Ewing, he is mysteriously found dead -- stabbed to death in his bloody bathtub. The bathroom had been locked from the inside and the police rule Ewing committed suicide. Mark Hunter, however, knows that Ewing's death has been staged by professional killers to look like a suicide because the serrated knife Dennis Ewing supposedly used to kill himself -- in a bathroom locked from the inside -- is never found! While unraveling the mysteries surrounding the Carters' disappearance and Dennis Ewing's murder, Hunter is also marked for death.