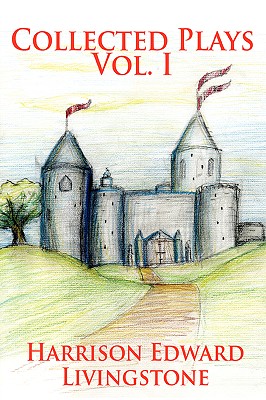 Share:
"Plays, Vol I" contains five major dramas by best selling author Harrison Edward Livingstone. The first, "The Castle," is set in England after the death of Henry VIII, and centers on his widow, Catherine. It is not the way things happened then at all, but instead is a comedy of what might have happened had she birthed a daughter and if another king had succeeded to Henry's throne-a rollicking bawdy farce the Royal National Theatre of England wanted no part of
"The Hotel Front" is a modern, taunt drama of political corruption in a big city.
"Little People" is about an abused child and charts his route of escape-recommended by The Johns Hopkins University School of Medicine, Division of Child Psychiatry for use in the therapy of abused children.
"Clarisa" is in the future and is about the advance of cultural, political, and social authoritarianism in our country and Europe.
"Fells Point" is a comedy set on the waterfront of Baltimore with quite a cast of first class characters if you ever saw one.