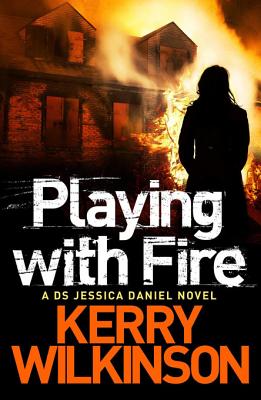 His sentence may be over, but his crime is not forgotten.

Martin Chadwick is about to be released from prison, seven years after setting fire to a pub, killing a teenage boy. But the victim’s father doesn’t believe justice has been served. He wants retribution.

A media storm is swirling and it’s not long before journalists have a story to follow. First, a series of arson attacks and Martin Chadwick’s own son, Ryan, is at risk.

Then Ryan’s school friend is discovered with her wrists slashed. Days later another girl is found hanging from a beam in her bedroom. A devastating suicide ring or murder? Detective Sergeant Jessica Daniel is struggling to get to the truth.

When the father of one of the dead girls loses his home in a fire, Jessica must find the twisted individual fast, before they strike again. But with a private investigator interfering in the case, and her personal life spiralling out of control, can she do what it takes to make sure no one else gets hurt?

Read what everyone is saying about Playing with Fire:

‘Fast paced and full of suspense and action and great to see the progression of the relationships between the main characters of the book.’ Goodreads Review

‘I'm a great fan of the Jessica Daniels series and I've loved the main character from the start. Jessica is a tough, no nonsense, solve-the-case-no matter-where-the-evidence-comes-from type of gal…Kerry Wilkinson is talented in how he weaves all the subplots together in an unexpected twist at the end.’ Goodreads Review

'Wilkinson's story spreads like a pool of blood . . . his talent becomes ever more obvious.' Daily Mail

‘Plotting, high drama and characterization are becoming the hallmarks of his thrillers.’ Lancashire Evening Post

‘A strong voice and an intricate endgame.’ Publisher’s Weekly