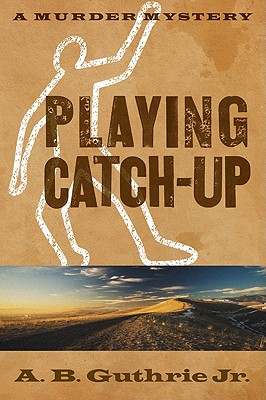 
Small-town Montana sheriff Chick Charleston and his highly educated sidekick, Jason Beard, star again in this fourth installation of Guthrie’s Montana murder mysteries.
This time Jason is helping the sheriff solve the murder of a call girl, and his first step involves him in the unwelcome necessity of interviewing the local madam, whose view of the town is extensive and rather unusual. It also involves him with various drifters and cranks, as well as with the uncooperative police of the neighboring oil town of Overthrust. Weaving a story set against a broad western landscape—from the raw and cheerful locales of the Bar Star and The Gusher to the grand, wide-open spaces—Guthrie’s touch is unerring.