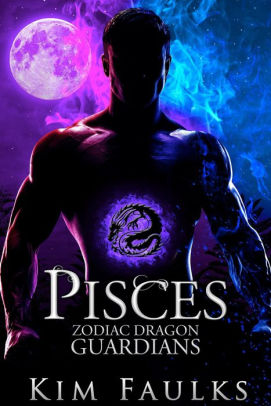 Amaris Knox is the leader of the Hellhound Rebellion.

She's on a mission to bring down the new Royal line -- Blaze Trigg. She'll lie, cheat, she'll sleep with the enemy for a chance to slip a knife between Blaze's ribs, and she doesn't have time for a Guardian, especially one so close to death.

But there's something about this stranger, something other than the violet flames that dance in his eyes. Something that calls to the darkness in her -- to the desperation that wells inside.

Bastian's the sixth of twelve Guardians. Dragon-born in the sign of Pisces. He's sensitive and loyal, but still waters run deep.

Cross him once, and you're dead to him, but come for his soul and he'll go to the ends of the earth to hunt you down. So, when he's bitten by a Hellhound he comes as close to death as a Guardian can.

Until he meets an unlikely savior. But, for this Dragon, it may already be too late.