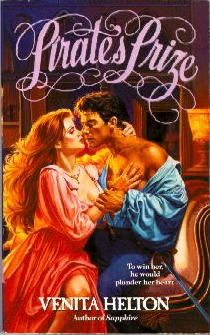 
STOLEN GOODS
Loire Chartier was a determined businesswoman, the daughter of a fallen woman --- and the most ravishing beauty in 1814 New Orleans. To the notorious gentleman pirate who caught a glimpse of her in a stolen portrait, she was more enticing than all the priceless treasures in the world.
Dominque Youx soon charmed his way into Loire's life and captured her heart, but he carried a dark secret that threatened their newfound bliss. Only on a dangerous quest to save their city from the British could they rekindle a passion as relentless as the savage war that raged from the bayous to the high seas.