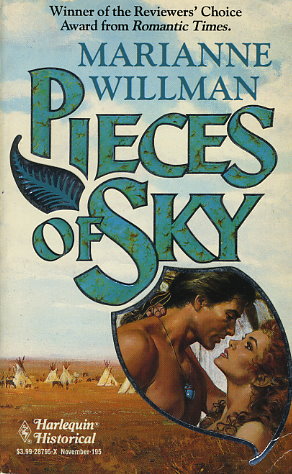 NORAH O'SHEA
Undaunted, the fiery Irish beauty had set out alone to cross the vast and untamed continent and marry a man she had never met. Yet her temper flamed when she finally alighted in the dusty Arizona shantytown and her intended was nowhere to be found.

Little did she know that the darkly handsome Indian scout who came to her rescue was the infamous Sgt. Roger LeBeau, her future husband's most hated enemy -- and the man whose passion she would find herself unable to deny, and unwilling to sacrifice, no matter what the cost.