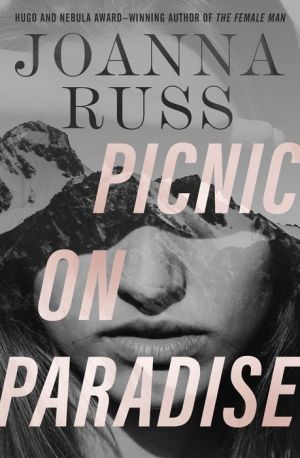 
A new kind of sci-fi heroine, the tough-as-nails Alyx, is introduced in this Nebula Award finalist that Poul Anderson called an “extraordinary” novel.   Set in a semi-utopian world, Joanna Russ’s groundbreaking debut novel is the story of Alyx, a female soldier, survival guide, and agent of the Trans-Temporal Authority. Displaced in time from her ancient Greece, Alyx is tasked with safely leading a group of pampered human vacationers—including some unconventional nuns and a detached teenager known as the Machine—across an uninhabited scenic terrain to a relief station. But the journey proves more challenging than anticipated as they confront one another’s failings; the physical dangers of an icy, hostile wilderness; and Alyx’s own personal demons.   Long before the kick-ass heroines of current science fiction and fantasy, Russ unapologetically introduced readers to a short, strong, middle-aged (for her world/time) woman of twenty-six who knows how to survive but struggles with the emotional nuances of her charges and the confusion of her own mixed feelings. With iconic characters like Alyx, Russ “four decades ago helped deliver science fiction into the hands of the most alien creatures the genre had yet seen—women . . . [and] helped inaugurate the now flourishing tradition of feminist science fiction” (The New York Times).