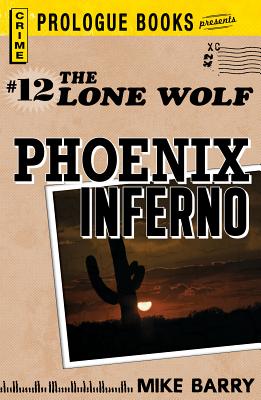 When a wolf leaves the pack, he lives only as long as he can kill by himself quicker and surer than any pack he runs up against. Meet a man beyond either forgiveness or vengeance. Meet the Man they Call The Lone Wolf. Better meet him now. The way he lives, he can't live much longer. Wulff left Detroit with flames in his wake, and a shipment of coke in his trunk. He didn't know where he'd be going next. Probably New York, although it had so many black memories for him of his fiance Marie, OD's in a cheap rooming house where he found her while he was on a police call . . . Now all he wanted was rest as he drove south out of the motor city. But there was no rest for Wulff, not as long as the mob wanted him and not as long as the cops wanted him. Driving down the Interstate, he sidewipes a motorcyclist and stops to help with a politeness that he knows will be a mistake. Soon he finds himself held hostage by two henchmen sent on a mission to bring Burt Wulff to Phoenix . . . dead or alive!
Reviews from Goodreads.com