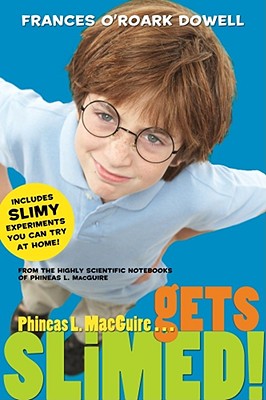 Phineas L. MacGuire (a.k.a. Mac) has three goals for fourth grade:
1. To be the best fourth-grade scientist ever.

2. To be the best fourth-grade scientist ever.

3. To be the best fourth-grade scientist ever.

It's a tall order, but he's confident that he can achieve it, especially since his friend and rival scientist, Aretha, has asked him to help her earn a scout badge by creating the mold that produces penicillin. After all, who knows more about mold than Mac? And how many fourth graders can say that they've reproduced penicillin? None, as far as Mac knows. But then he has to manage Ben's campaign for class president and deal with his new babysitter, Sarah Fortemeyer, the Teenage Girl Space Alien from the Planet Pink who accidentally got rid of his dried worm collection and now he has to find it. How is he supposed to find time to focus on mold?
Reviews from Goodreads.com