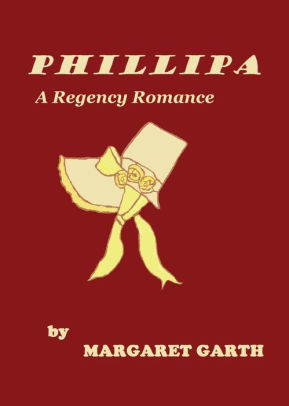 
Phillipa is a lovely and lively lady, but she does have a problem. Having broken a third betrothal, she is the subject of much unpleasant talk. Her brother and his friend Freddie may be glad of the break, but she is not happy. The continued presence of Mr Fenmoor, a neighbour, whom she met by accident on her return from the unfortunate break, does not improve her temper, though she does like his sister. Her mother's suggestion of a stay in London does not please her either, but she does go, even though others, whom she would rather avoid, are there at the same time. She does enjoy some outings and, rather to her surprise, she enjoys a house party in Kent even though Mr Fenmoor and his sister are also there. On her return, she resumes the good works to which she had devoted her time after despairing of ever finding a husband. A certain gentleman, once sadly disappointed in love, has his own ideas, however. He plans carefully and he does win his bride.