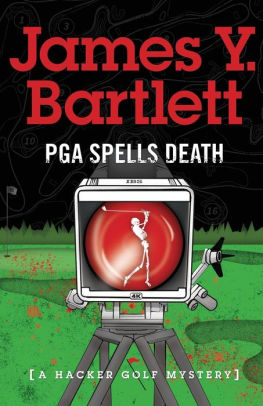 Share:
If it bleeds…it leads!Golf writer Hacker is now TV golf broadcaster Hacker with a sweet new gig on a national network. He has to learn the ins and outs of televising golf, and how to deal with the hyper-intense executive producer and director, Ben ‘the Assassin’ Oswald, as they get ready to broadcast the PGA Championship, staged at international developer Conrad Gold’s luxury club in upstate New York.And then the bodies begin to pile up. First is a fellow announcer on the crew, then the assistant to Oswald in the control room. So as Hacker trades quips in the booth with Billy Joe ‘the Boz’ Bosworth, he’s gotta figure out who’s killing the network guys, one by one.It’s another golf-crazy mystery from the author Golfweek Magazine calls “the Dick Francis of golf.”