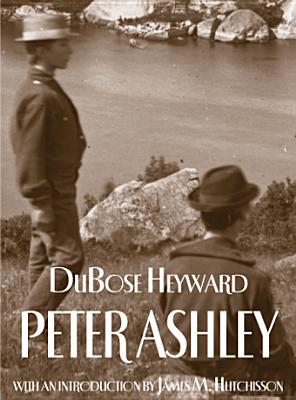 
Set in Charleston on the eve of South Carolina's secession from the Union, DuBose Heyward's Peter Ashley weaves together fact and fiction in one of the first historical novels of its kind. A departure from Heyward's focus on African American and Gullah culture, Peter Ashley explores war, class and Southern society.

Peter is a young man, just returned from Oxford, who questions Southern ideals and values as he fights to pursue a literary career and remain uninvolved in the bitter conflict that has seized the nation. He finds himself torn between choosing a life of art and individuality or conforming to tradition. This is a novel of love, war and, above all, social criticism as Heyward unabashedly points out the tensions and hypocrisies of the antebellum South as it