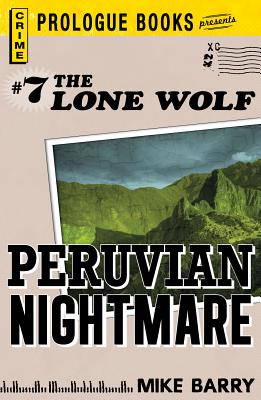 Burt Wulff found himself in something called the Hotel Crillon in Lima. It was steel and glass, looked like a Hilton, and had beggars living in the eaves. In Wulff’s room there was a small man who wanted you to think he was Peruvian, but Wulff figured he was German if he was anything at all. He wanted Wulff to deliver several million dollars worth of heroin to the States. Several of the most efficient man-hunting organizations in the world—a few of them legal—desperately wanted Wulff dead, and knew where he was. Wulff said, “I don’t think you understand …”

One of the other two men in the room both sprawled on the floor, shook, limbs flailing like and insect’s, in his coma. The small man flinched, and said, “Your work is well known. But you will never get out of Peru without my help …”
Reviews from Goodreads.com