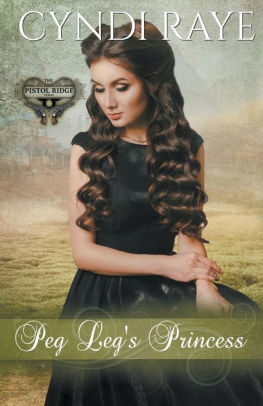 Share:
A man struggling with his past - A woman determined to help him overcome his pain - Outside forces that may destroy everything. Can they overcome these obstacles for love?Josephine Johnson is determined to get away from her gambling step-father who lost her family home - the Union Station Inn. When she sees an advertisement for a cook in Montana Territory, she recognizes the name Zebediah Harris, a wounded civil war veteran who never came back to their small town. When she decides to leave to take the job as a cook, she brings something with her that may very well land her in jail.Zebediah Harris, or, Peg Leg, as everyone calls him, doesn't believe he is good enough for anyone. He claims there isn't a woman within ten miles who would want a one-legged man. When the cook they hire for the Pistol Springs Resort shows up, it turns out Joe was actually Jo, or Josephine, a woman he had saved from drowning years ago.With Josephine hiding something that doesn't belong to her and Peg Leg determined to live life without love, can the two make things right in order to find love?Or, will all hell break loose in the town of Pistol Ridge once again?This is the first book of seven in The Pistol Ridge Series:Peg Leg's PrincessBlaze's BeautyJudge's JewelRaven's RebelRider's RenegadeCreed's ConfidantPreacher's Pearl