Pebble in the Sky — Isaac Asimov 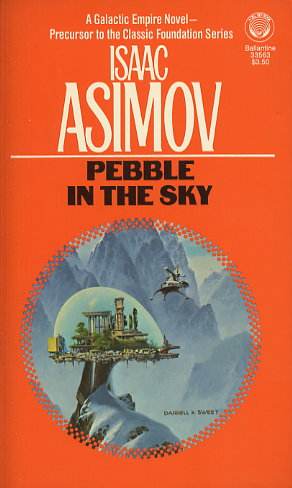 One moment Joseph Schwartz was a happily retired tailor in Chicago,1949. The next he was a helpless stranger on the Earth during the heyday of the Galactic Empire.

Earth, as he soon learned, was a backwater world, despised by all the other 200 million planets of the Empire because its people dared to claim it was the original home of man. And Earth was poor, with great areas of radioactivity ruining much of its soil--so poor that everyone was sentenced to death at the age of sixty.

A NOVEL OF THE TIME WHEN TRANTOR RULED THE GALAXY, WHILE EARTH DREAMED OF ITS ANCIENT GLORY--AND PLOTTED REVENGE.
Reviews from Goodreads.com 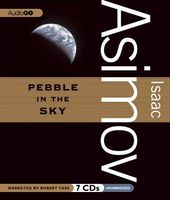