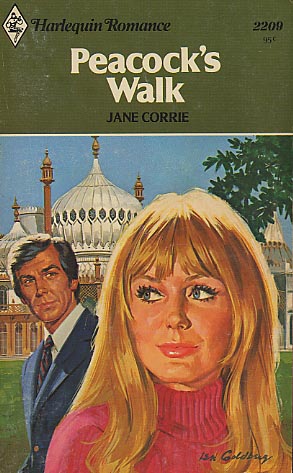 "Name your price: I won't quibble."

Jenny's smile was bitter at Mark's words. Mark had broken their engagement two years before, when he believed that she was an opportunist, and Malcolm's mistress. The fact that Malcolm had left the hotel to her confirmed his belief.

It had taken Jenny a long time to recover from Mark's unfounded accusations. So why did he want to buy Peacock's Walk from her now? To hurt her? To salve his wounded pride?

How could she ever have loved a man like Mark Chanter?
Reviews from Goodreads.com