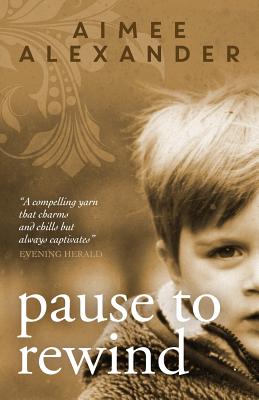 Share:
Jenny Dempsey has exchanged life in the fast lane for freelance journalism and being a mum. She doesn't look back. Why would she? A broken engagement to her fiancé Dave. A falling out with her parents. And a night in a hotel room best forgotten. Life is simple now. Jenny's little boy, Charlie, is starting school, beginning to build a life independent from her. She needs to get her own back. Life, though, has other plans. When Charlie becomes ill, Jenny is forced to confront her past and all that she has turned from. But she will do anything for Charlie. A story of love, tough choices and the triumph of the human heart. ABOUT THE AUTHORAimee Alexander is the pen name of author, Denise Deegan. Pause to Rewind was originally published as TIME IN A BOTTLE, a best seller in Ireland also published in Germany and Holland. In Holland, it sold over 40,000 copies. PRAISE FOR AIMEE ALEXANDER'... entwines the threads of mystery, plot and character into a compelling yarn that charms and chills - but always captivates.' -- Evening Herald '...a moving story of a mother's love and a woman's personal development.' -- Image Magazine 'the author fizzes through the pages, bringing out the positive in tragic events and, once again, manages to inject humour and pace, as well as empathy, into a harrowing topic.' -- Irish Independent '...could only have been written by a woman who loves children and their ways because the dialogue so authentically captures the child's voice and personality.' -- Evening Herald