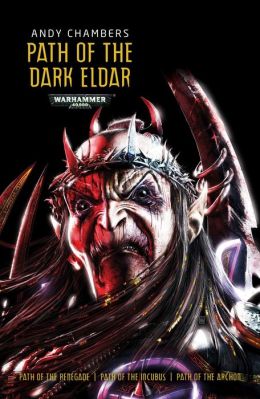 Share:
Omnibus edition collecting together the Path of the Dark Eldar trilogy

For millennia, Asdrubael Vect has ruled the dark city of Commorragh, crushing any who dare to cross him. His reach is long and his position unassailable... or so he thinks. A cabal of rebellious archons, allied with other darker forces, seek to unseat the tyrant and rule the city in his stead. But as their actions bring about a cataclysm and draw the attention of the mysterious Harlequins, they are cast into grave danger... and Vect is watching.