Path of the Archon — Andy Chambers 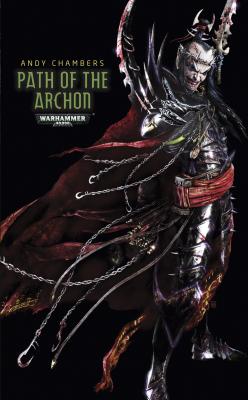 Share:
The eternal city of Commorragh is no longer beset by the horrors of the Dysjunction, but the scars of its passage remain. Now the supreme overlord, Asdrubael Vect, strives to reassert his authority over the anarchic city before hidden challengers can make their bid for power. The noble Yllithian frantically seeks new allies to put between himself and the overlord's wrath, the Mandrake kings muster and Vect prepares to unleash his most fearsome weapons against his own people as Commorragh erupts into open war.