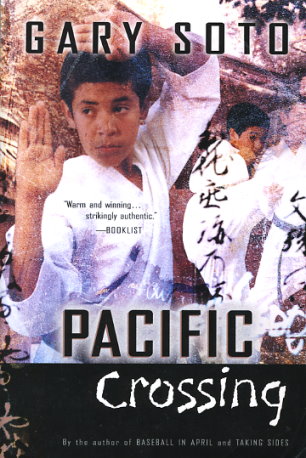 Sometimes to find out who you are...you have to travel half a world away.

Lincoln Mendoza doesn't know jack about Japan. They make good cars, right? And somewhere there are old samurai men sitting cross-legged before bowls of incense, their gis stained with the blood of their enemies.

But Japan, Lincoln discovers, isn't like that at all. During a six-week visit, he and his best friend, Tony Contreras, study the martial art of kempo, and have strange, hilarious, and even sometimes perilous adventures with their new Japanese brother, Mitsuo. With each new event that befalls him, Lincoln begins to learn that people everywhere, whether friend or kempo opponent, share worries and passions much like his own -- for baseball, family traditions, and new friends.
Reviews from Goodreads.com