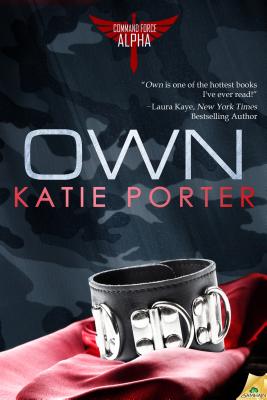 Sleeping with the colonel's daughter? Risky. Making her call you Sir? Reckless.

When a mission against the Russian mafia goes south, Colonel Stafford, head of a deep-cover ops team, wrests a hospital-bed promise from his protégé. Although eager to return to the field, Evan Sommers swears to keep the colonel's daughter, Katsu, safe from retaliation.

The task isn't simple for the battle-tested Marine Corps captain. Four years have passed since his secret affair with sweet, compliant Katsu. Now she's a streetwise pool shark who refuses to obey any command.

Kat resists the need for Evan's protective shadow, until deadly threats expose her vulnerability. Her future depends on this hardened soldier, and their sizzling dynamic reveals what Kat's bland college dating life lacked -- a man with the will and desire to tame her.

Danger creates potent, unexpected scenarios that test their sexual limits, yet a real relationship is impossible. Evan is the warrior who could be her Master, but how can she fully submit? The next mission -- even the next knock on the door -- could rob Kat of the man she loves.

Warning: This book contains a reformed playboy Specials Ops stud who knows how to tease, demand, and spank what he wants out of a colonel's unruly pool shark of a daughter. Wait…how is this supposed to be a warning?
Reviews from Goodreads.com