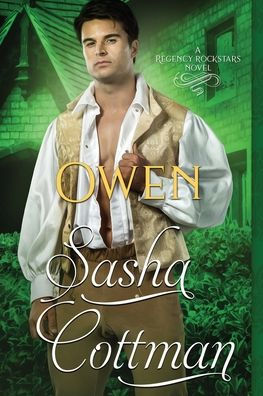 Share:
Lord Owen Morrison has long stopped counting the number of women he has seduced.As a member of the Noble Lords, a group of English lords who play music to woo the wicked women of the ton, Owen knows his skilful fingers with the violin and viola are appreciated both in and out of the bedroom.A year after his return from the battlefield of Waterloo his parents have unexpectedly announced his engagement to Lady Amelia Perry, a young woman he has never met.Strong willed, Amy is not going quietly into the arms of an arranged marriage with Owen. She sets off to London to unmask him as a rogue and thereby force her father to call off the betrothal.When Owen receives the offer of a secret affair with a mysterious woman, he cannot resist. But when love gets thrown into the mix, London’s foremost lothario gets a painful lesson in jealousy and the true cost of being a rake of the worst kind.The Regency Rockstars series is a new twist on Historical and Rock Star romance. Stories of war-scarred English lords who are bad boy musicians and the women who dare to love them.