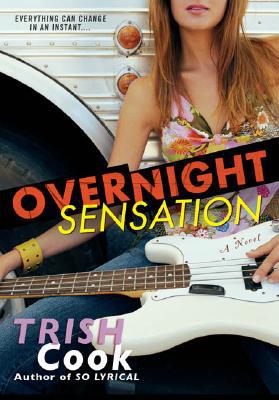 Share:
Trace thinks she knows enough about her newfound dad to make the leap from being genetically related to spiritually connected in a single visit-until she gets to his blinged-out house in California. He's made a room for Trace in his house, but can Shamus make room for her in his heart?

Getting to know her dad isn't the only thing that's turning out to be harder than Trace thought. So is trying to get serious with Zander, her on again-off again boyfriend-especially since they'll be at different colleges in just a few short weeks. On top of that, she's dealing with her wild-child mother's wedding plans. And trying to get used to the punky new haircut-slash-dye job that's supposed to conceal her identity from the entire world...because the entire world just might've caught an eyeful of Trace's butt on the Internet.

Forget about only dipping a toe into life's big pond. Sometimes you just have to dive right in to be an overnight sensation.