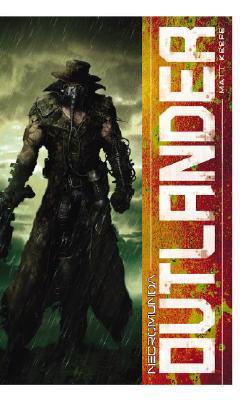 In the futuristic hive city of Necromunda, from the top of the hive spire to the very depths of the underhive, there is only one rule: survival of the fittest.

Brutal gangs prowl the darkness, hideous mutants and unspeakable monsters lurk in the forgotten and lonely places. For the enterprising mercenary, a respectable living can be made. But be warned: allies become enemies all too quickly when the ultimate prize is survival itself...

When a stranger arrives in the settlement of Fall Sands, he soon attracts the attention of the ruling gang. Sensing that the stranger is more than just a drifter, gang leader Lakatos soon learns that the man has some very useful forgery skills. But the stranger has a hidden agenda and the only thing on his mind is revenge!