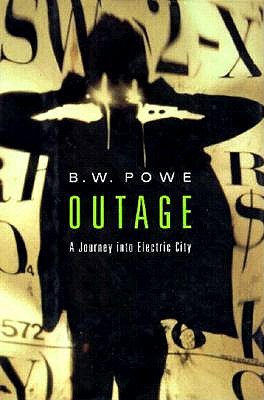 
B. W. Powe explores the moment of darkness so many of us know, when life - through the magnetic, electrical forces of the universe we absorb daily from television, radio, computers and other signals - simply seems to spin apart around us.
Commencing with the 1987 stock market crash, the narrator, a writer and teacher on the verge of divorce, weaves a story of his experiences in a world rapidly changed by the forces of technology - a world both enlightened and utterly confused. Questioning the true meaning of these changes, he journeys into the city, encountering a wide range of characters on the edge - a burnt-out student who leaves long, crazed phone messages citing conspiracies and world plots; artistic parents who cling to their visions even as age wears out their creative abilities; a media darling who poses as the perfect family man while privately descending into drugged despair; young women who awake at night to venture alone into underground nightclubs. Spinning away from his wife and deeper into a world of confusion and sensation, he leaves Canada and in Venice concludes his disturbing, but ultimately insightful odyssey.