Out Of This World!: Ethan Flask and Professor Von Offel Take on Space Science — Kathy Burkett 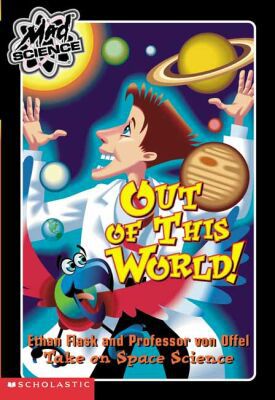 5, 4, 3, 2, 1 . . . Mr. Flask and the kids at Einstein Elementary are about to blast off into a super-cool study of space science. Meanwhile, one of Mr. Flask['s lab assistans thinks he's solved a big mystery here on Earth: Is Professor von Offel actually a ghost? Prescott's got the answer, but can he collect the evidence?

Another hilarious episode in the ongoing Mad Science series!